The Chump is the basic starter Hero in Guild Of Dungeoneering. You'll begin with them. When this class dies a new one immediately replaces it, unlike other classes where there is a delay of a single day. 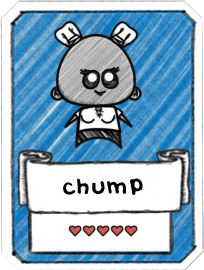 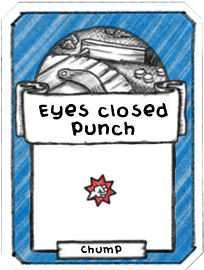 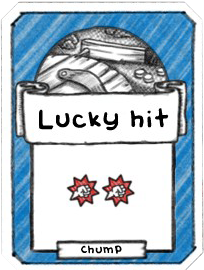 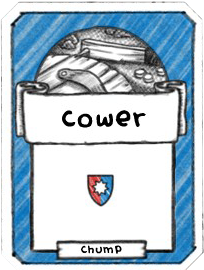 The Chump has no appealing cards nor special attributes however you can use the Chump as a test dummy for stages, such that you'll get a better idea first of what to expect before sending out your "best desired hero". Using a Chump to clear out a stage is fine however its not recommended as the better long term investment is having your other heroes attaining the battle scars.

The Chump after all has an unmentioned trait of appearing immediately after the previous one dies due to failure/death.